After year in detention, Leyla Yunus appears before court in Baku 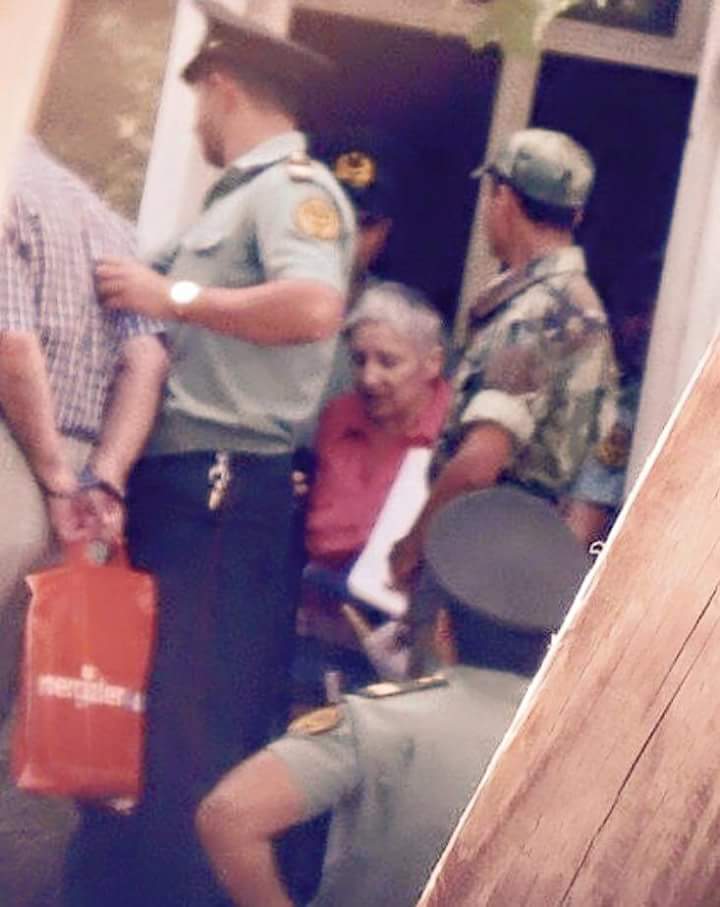 It’s been almost a year since Azerbaijan civil society last saw human rights defender Leyla Yunus. Today she appeared in court – ill, fatigued, and kept in an isolated glass cage – on trial for the first time since she was charged with a ludicrous cocktail of crimes, ranging from tax evasion to high treason. It was also the first time she has seen her husband Arif after many months of being kept apart, detained in separate facilities.

Leyla and Arif Yunus were kept in a soundproof glass cage during the trial, and both were clearly in poor health. Leyla had lost a significant amount of weight, and looked pale with sunken eyes, with thinned and greying hair.

Although held in an isolated cell, Leyla Yunus tried repeatedly to speak during the trial. She managed to say she has been tortured in detention. She had previously reported being beaten on 23 September 2014, by Major Yagubov in the pre-trial detention center. She also reported facing physical pressure in December and June.

Yunus addressed a representative of the German Embassy in English, and said that she could not take the costly medicine they had sent, since in addition to these drugs, she takes six other medications and the combination was causing side effects.

She said that she had persistent indigestion and before the arrival at the court she took six capsules of Imodium. In addition, she reported pain in the lower abdomen and back.

From strikes to the temple, the vision in her left eye was seriously damaged. Yunus also pointed to a lump about the size of an egg on the back of her husband Arif’s head, and said it was cancer.

While Yunus spoke, the guards were trying to clear the room of people. When the judge returned, Yunus asked to be given the floor to speak. However, instead, the judge began to read the decision. Yunus insisted on giving a speech. “Let me speak…It’s not fair…You are depriving me of the right to speak…I know that it is a false trial, but you have to give me an opportunity to speak…This once again shows that it is a fabricated trial…You do not respect the law…They want to exterminate us…”.

No foreign ambassador attended the hearing

The preparatory meeting in the case of the Yunus couple was presided over by judge Afgan Hajiyev.

Notably, the heads of foreign missions did not attend the first hearing in the case. They chose to appoint their staff to monitor the trial instead of coming themselves, which would have shown strong political support.

Staff of the U.S. Embassy in Baku were not allowed in by court guards under the pretext that there were not enough seats in the court room. The court guards confiscated handbags, mobile phones and identity cards from journalists and representatives of foreign diplomatic missions who attended the hearing. The seats in the first row were needlessly taken up by bailiffs and prison officials.

Attorney: “I do not want Leyla Yunus to die in prison”

The hearing kicked off with attorney Afghan Mammadov’s motion to allow his client Arif Yunus to sit next to him. He further requested the termination of criminal proceedings against Yunus in the absence of evidence of their guilt. According to his defence, Arif Yunus’ actions could not constitute any criminal offence when it comes to the change of embezzlement through abuse of power. From the case materials, it was not clear whose property Yunus is meant to have appropriated, and what constituted a breach of trust.

Leyla Yunus’ attorney Ramiz Mammadov also requested that his client be allowed to sit next to him, rather than in the glass cell. He also asked that the proceeding be recorded on video. Mammadov further filed a petition to release Yunus under either house arrest or bail. He pointed to the serious deterioration in Yunus’ health. He recalled the fact that Yunus has undergone six operations, including to both eyes. She suffers from diabetes and hepatitis C, which has significantly worsened in detention.

The attorney referred to the conclusions made by foreign physicians who had examined Yunus:

“In order to stop the process of degradation of the liver she is prescribed a drug Harvoni, a pack of which costs 40 thousand Euros. These drugs are provided to her by the German Embassy. It is a measure the severity of her condition and to keep her in custody is life threatening. I do not want Leyla Yunus to die in prison”, he said.

The defence requested the termination of the criminal proceedings against the couple and called the accusations of illegal business unfounded. The fact that Leyla Yunus’ NGO, the Institute for Peace and Democracy, operated without state registration did not mean it was an illegal business. Implementation of non-profit grant projects cannot be considered business.

Attorney Ramiz Mammadov also pointed to the insolvency of the charges of forgery and tax evasion.

Another attorney of Leyla Yunus, Elchin Gambarov, asked the court not to consider the testimony of three prosecution witnesses because of their biased attitude to Leyla Yunus. Notably, one of the witnesses in question is the Director of Transparency International’s Azerbaijan office, Rena Safaraliyeva. R. Safaraliyeva is represented at the trial by Counsel Shohrat Allahmanov (who previously defended Elman Turkoglu, who had filed a fabricated legal case against the journalist Khadija Ismayilova). Allahmanov opposed the request, as did the prosecutor. The court retired to deliberate.

The defence also asked the court not to consider the testimony of NGO leader Metanet Azizova, who received political asylum in the Czech Republic, who for obvious reasons, could not testify before the court.

The court rejected all of the defence’s petitions, and appointed a hearing for 10 am on 27 July.