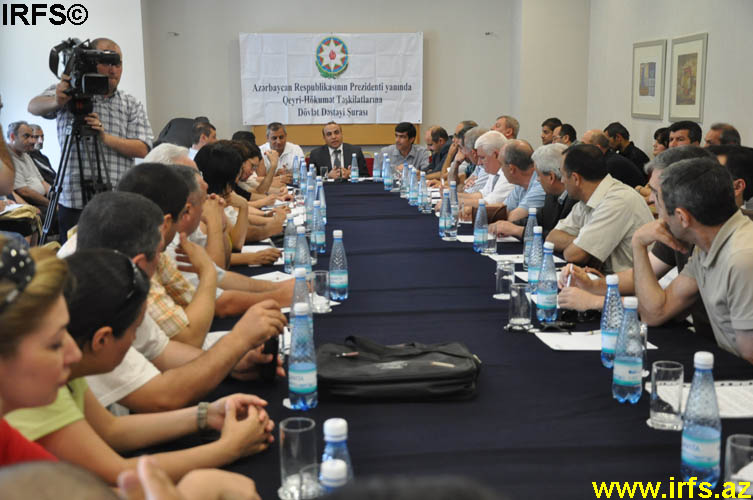 Today, 25 June, NGO State Support Council Chairman Azay Guliyev met with members of the Civil Society Defense Committee (CSDC) and NGO representatives in the Park Inn Hotel.
During the discussion CSDC members put forth proposals in connection with the proposed amendments and changes to the Law on Non-governmental Organizations. Proposals – to remove the draft law from the agenda of meeting to be held in Milli Mejlis on 30 June, to organize a meeting with President Ilham Aliyev, to liberalize the existing law, etc. were expressed during the meeting.
Azay Guliyev stated that the NGO State Support Council has also submitted a new proposal packet. He promised to deliver the proposals that were set forth during the meeting to the Milli Mejlis and to relevant organs.
IRFS is among over 150 organizations that are members of the CSDC. IRFS Chairman Emin Huseynov is a member of CSDC’s working group.

MEDIA RIGHTS INSTITUTE BEING KICKED OUT OF OFFICE