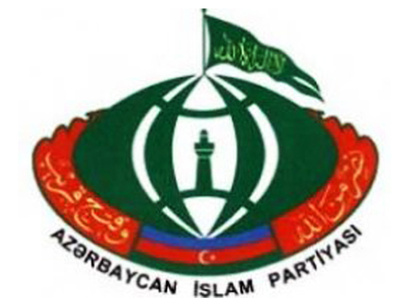 On June 1, the owner of the Party’s rented headquarters, located in Nizami district, demanded that they immediately vacate the premises. The landlord threatened to dispose of all the contents in the event of their non-compliance.

The landlord signed a one-year lease with the Party a month ago, and the party has complied with all relevant obligations.  However, when they arrived at the headquarters today, party representatives saw that the landlord had rented the apartment to someone else without terminating the contract. The new tenant had already moved in.

According to AIP deputy chairman on organizational issues, Vugar Ibayev, the reason for the pressure was the protest held on May 30:

“On May 30, AIP held a demonstration in front of the Embassy of Saudi Arabia in Baku, protesting the violation of the rights of Ayatollah Sheikh Nimr, who has been sentenced to death in Saudi Arabia. Protesters also condemned the bombing of Yemen by the Saudi regime. This is not the first time we have faced persecution. Worldwide, thousands have organized protests for the release of Sheikh Nimr – in the United Kingdom, the United States, Germany and other countries. However, these protests are not dispersed by police, nor are parties expelled from their headquarters,” said Ibayev.

The Azerbaijan Islamic Party is an Islamic political party operating in Azerbaijan. The party’s chairman Haji Movsum Samadov was sentenced to 12 years in prison in 2011. Prior to his arrest, he had been severely critical of the president.