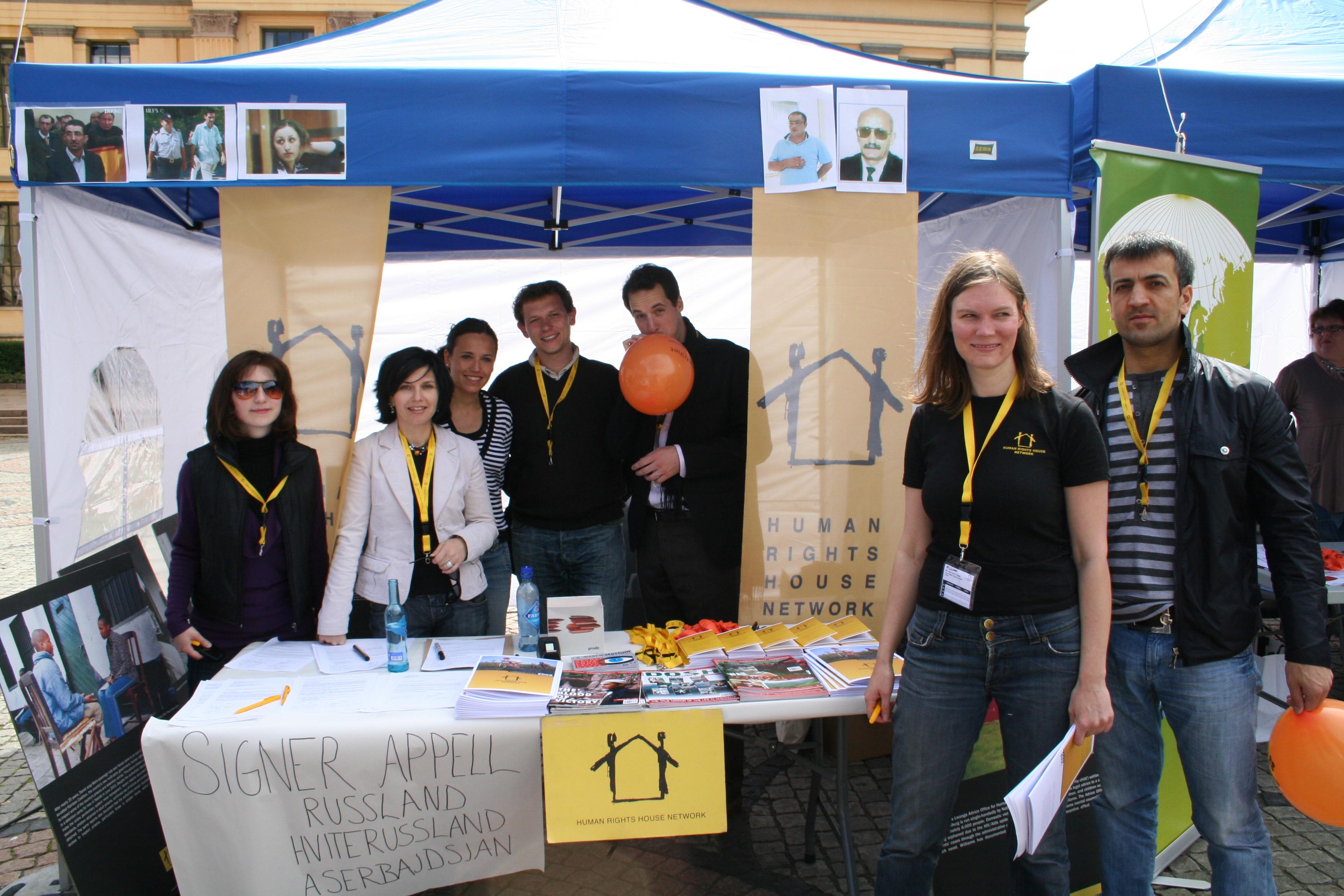 On Saturday, June 6 in Oslo, Norway a “Marketplace of Ideas” was held. During this event, Human Rights House Network members, including the Institute for Reporters’ Freedom and Safety representatives, set-up and manned a booth, provided information about the work of Human Rights House Network and gathered signatures on several petitions.
Photos of Azeri imprisoned journalists Eynulla Fatullayev, Ganimat Zahid, Novruzali Mammedov and Mushfig Huseynov were hung at the booth.
At the initiative of IRFS, 77 signatures were gathered on a petition expressing concern about the wrongfully imprisoned journalists in Azerbaijan, the failure to solve the murder of Elmar Huseynov and other issues facing the mass media and journalists here.