CONTRADICTORY REPORTS ABOUT REMOVAL OF BAN ON MOBILE SALE OF NEWSPAPERS 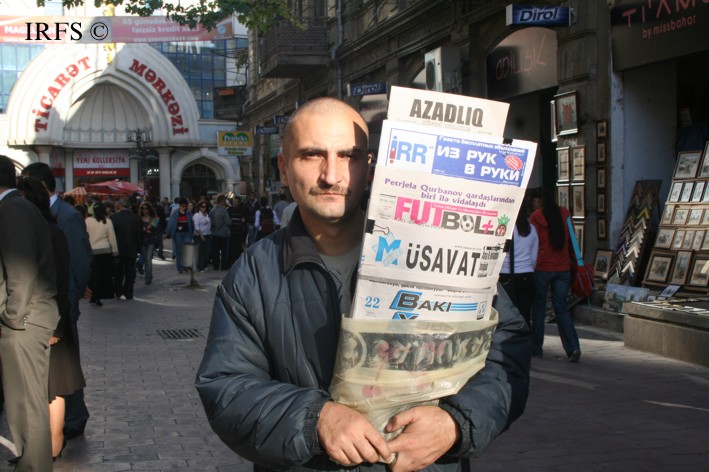 According to what Mammad Aliyev (pseudonym), a mobile newspaper seller around Baku’s “Sahil” subway station told to the Institute for Reporters’ Freedom and Safety, the ban put on the street sale of the newspapers will end on 10 May.
Several street newspaper sellers confirmed this information when talking to the IRFS.

But “Azadlig” Newspaper writes that the ban the ban put on street selling of the newspapers will not be removed. Sabail District Police Department Assistant Chief Kamal Valisoy stated that according to Chief of Baku City Executive Power Hajibala Abutalibov’s instructions, a ban is put on street selling in Baku districts. Valisoy emphasized that this is not associated with any event but is related to eliminating street trade. “The sale of press publications should be executed in booths and other street trades in stores,” he said.
According to anspress.com website, the activity of street newspaper sellers has been restored.  The decision was adopted after Press Council Chairman Aflatun Amashov talked to Baku City Police Department Chief Rafig Abbasov on the phone.