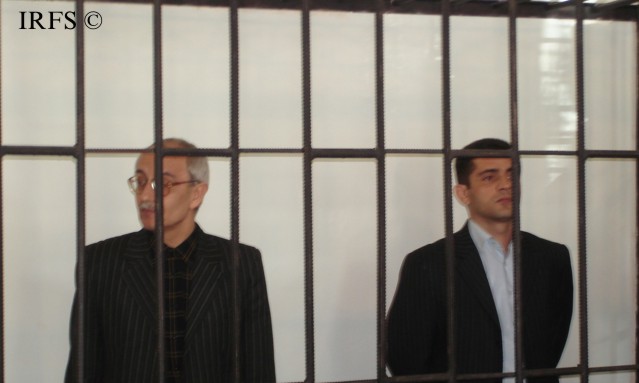 Today in the Appellate Court, under the chairmanship of the Judge Muzaffar Agayev, a court hearing on a cassation complaint filed over the verdict “Senet” Newspaper Editor-in-Chief Samir Sadagatoglu and writer Rafig Tagi was postponed until next week.
The court hearing was postponed because one of three judges presiding of the case is 76 years old. Sadagetoglu and Tagi’s lawyer Isakhan Ashurov is protesting against this. I. Ashurov reported to the Institute for Reporters’ Freedom and Safety that according to Azerbaijan’s legislation judges can be no older than 70.

The date for consideration of this case should be appointed within the week.