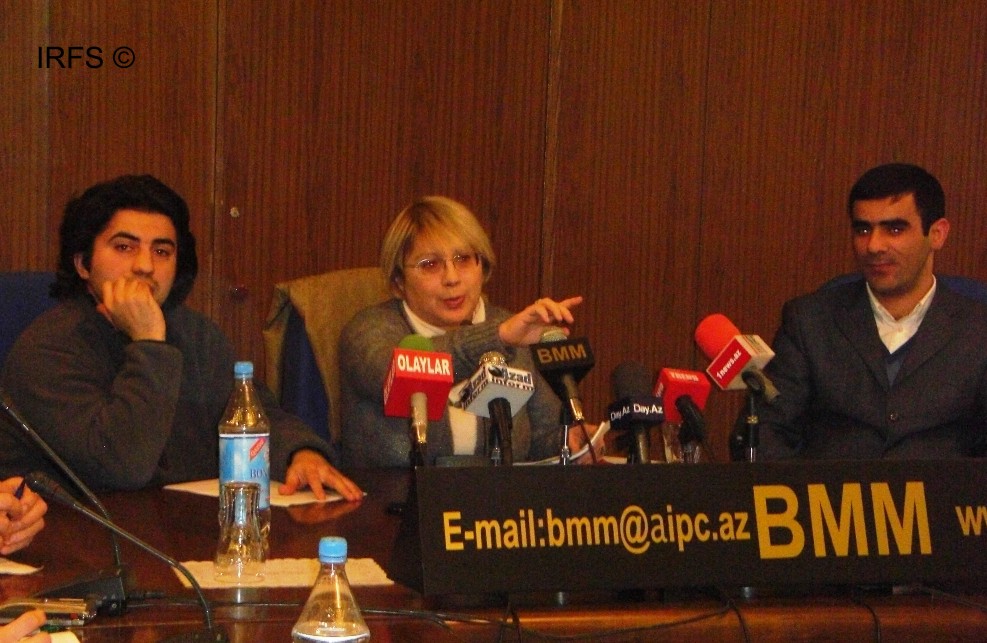 Today a roundtable on “Media and Courts” was held, at the initiative of the Institute for Peace and Democracy.
The institute’s director Leyla Yunus opened roundtable noting that last year the press condition was too severe, journalists were imprisoned, there was pressure on the press and court decisions was adopted against mass media institutions and journalists.

Then Media Rights Institute staff member Khalid Agaeliyev gave a speech. According to him, in 2007 more than 100 lawsuits and complaints were filed against the media, 10 times more than complaints than were filed during the election year 2005. In his speech, Agaeliyev spoke about the results of monitoring conducted by Media Rights Institute in 2007. It was emphasized that, most lawsuits against the press were filed by high-ranking state officials. “Interior Minister Ramil Usubov filed most lawsuits against the press,” said Agaeliyev.

Then Institute for Reporters’ Freedom and Safety director Emin Huseynov made a speech and noted that “Beside the Ministry of Interior, we have witnessed pressure from the Ministry of National Security. Journalists are completely searched before the court hearings for three journalists; Sakit Zahidov, Eynulla Fatullayev and Ganimat Zahidov, and journalists are forbidden from using any dictaphones, photo cameras and video cameras during Zahidov, Zahid and Fatullayev’s court hearings. M.Huseynov’s imprisonment was carried out by the Ministry of National Security anti-terror department.” Huseynov gave suggestions regarding this matter. His main proposal was to install video cameras inside the court halls because sometimes there are few seats in courtrooms. Through this correspondents who can’t get into a courtroom because of lack of space would get the opportunity to watch the whole hearing process via the video cameras.

Other opinions were also expressed during the meeting. Lawyer Annagi Hajibeyli noted that, “Some changes must be made to the Civil Code related to moral damages, because the concept of moral damage has not been determined by any Civil Code theses. This loophole has resulted in the inclusion of high fines in petitions to the court and decisions.”

It was also suggested at today’s roundtable to adopt the law on defamation and to ensure open court hearings.