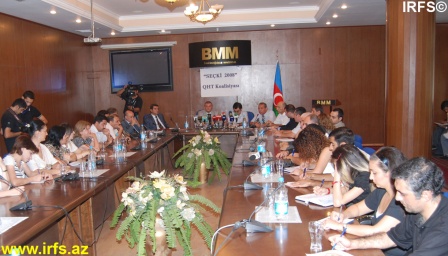 Today (12 September) the "Election 2008" NGO Coalition conducted a seminar on the theme "Public Oversight Mechanisms in Free and Fair Elections: abilities, opportunities and problems" in the International Press Center.

“Inam” Pluralism Center Chairman Vahid Gazi opened the event. He stated that the role and influence of mass media during election is weak. He noted that compared to previous election years, this year’s elections are covered less in the media.

Although an event was conducted in IPC, not everyone is allowed to hold press conferences or other events in the press center.