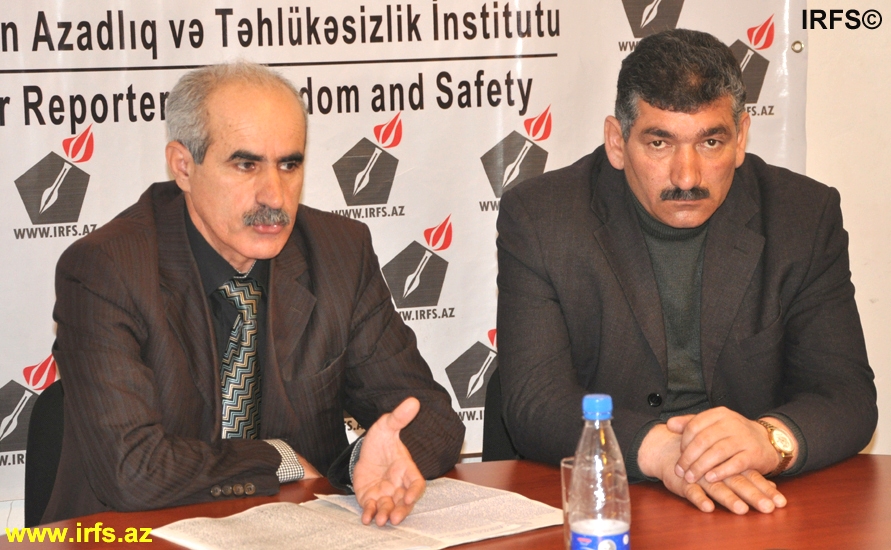 Today, 6 April, in the press center of the Institute for Reporters` Freedom and Safety, Garabag war veteran Megrur Bedelli conducted a press conference regarding the violation of his rights.
M.Bedelli said that he was engaged in small trade but was subjected to pressure because he did collect the amount requested illegally by the employees of the tax department. The Garabag war veteran emphasized that he complained to relevant organs regarding this issue and was fined in the amount of 400 AZN.
M.Bedelli pointed out that he filed a lawsuit in the Yasamal District Court against the Ministry of Tax and the Ministry of Economic Development. He added that he had to cease his work in June 2008 because of pressures.
He said that decision was issued by Nizami District Court to put a lien on his property on 26 February.
M.Bedelli said that his rights should be protected by the government and appealed to the President because his rights were violated and declared that he does not recognize his administration.
Previous Post