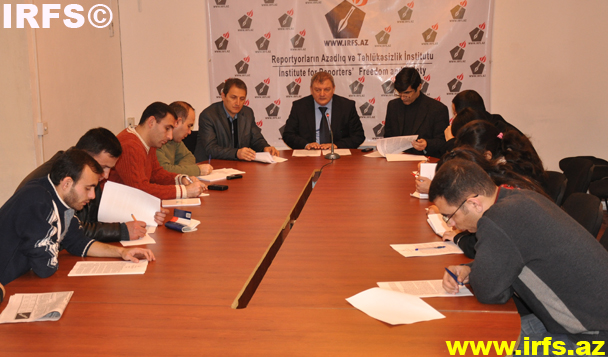 Today, 13 February, in the press center of the Institute for Reporters' Freedom and Safety, "Inam" Pluralism Center presented its report “On the Current Situation of Democracy in Azerbaijan."
"Inam" Pluralism Center Chairman Vahid Gazi stated that the report is short and consists of five sections; human rights, freedom of speech, suffrage, and press freedom and other fundamental human rights and freedoms. Freedom of assembly and political rights, among other things, have been reflected in the report and human rights defender Sahib Mammadov and lawyer Alasgar Mammadli assisted in preparing the report, according to Vahid Qazi.
Lawyer Alasgar Mammadli spoke during the event and said that the report was shortened as much as possible to make it easier to use.
Previous Post