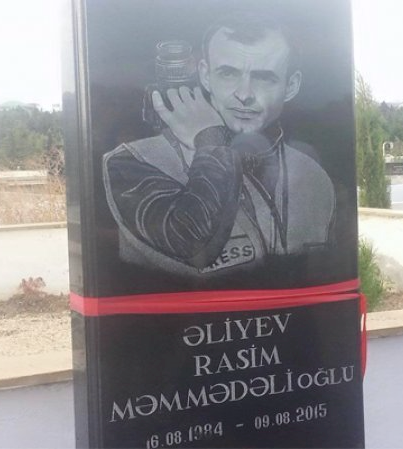 On 27 August, a group of journalists gathered in front of the Baku City Prosecutor’s office, demanding punishment of the doctors who they believed acted negligently in the death of late journalist Rasim Aliyev, the Chairman and board member of the Institute for Reporters’ Freedom and Safety who was beaten severely on 8 August and died the following day in hospital. The participants of the gathering held up Rasim Aliyev’s photo, chanting “Punish the doctors who are guilty of Rasim Aliyev’s death”.

The participants of the gathering were received by Baku City Prosecutor Aziz Seyidov. During the meeting, the journalists said that there were enough facts about the doctors’ negligence, but they had not been brought to justice. They also called the prosecutor’s attention to the fact that the persons who visited Rasim Aliyev the evening of 8 August had not been questioned as witnesses. The prosecutor requested the journalists to prepare and present an appeal containing everything mentioned.