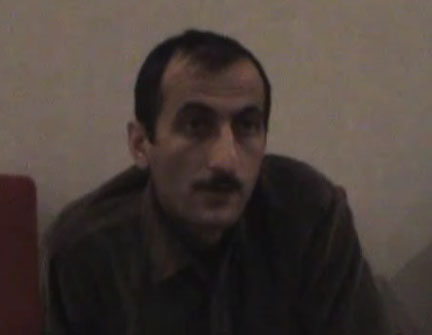 On 8 November, at around 11:00 p.m. the house of Idrak Abbasov, the correspondent of “Ayna” and “Zerkalo” newspapers, employee of the Institute for Reporters’ Freedom and Safety and Great Britain Institute for War and Peace Reporting (iwpr.net), was attacked.
This was told to IRFS by Idrak Abbasov.

According to Abbasov, he called 102 services to inform police, but Shamakhi operator answered the call. He was able to catch one of the attackers with help from his brothers who live close, and surrendered him to Binagadi District Police Department Police Unit #40.

“They did not attack my house to steal,” said Abbasov. “They swore at me and my wife using improper language and demanded that I leave the house. The person, whom we already caught and took to the police, introduced himself as ‘Ali from Nakhchivan’ and stated that they have already ‘advertised’ me once.”

Abbasov complained about the attitude of the police to this issue. “One police captain on duty accused me of being impatient and uneducated saying that there is no “crime” in the action of this person and that I should not write an appeal,” noted Abbasov. “However, after seeing my persistence Deputy Chief of the Department Emin Aslanov interfered and told the captain to take my application and thoroughly investigate it. Then the police who received my application told me that they would contact me at 9:00 am on 19 November and will take my statement. I regret that no one ever looked for me or came to the place of the incident to investigate.”

Internal Ministry Public Relations Department Head Ehsan Zahidov said that they did not receive any reports about the incident but noted that capturing the criminal and surrendering him to police was something positive.