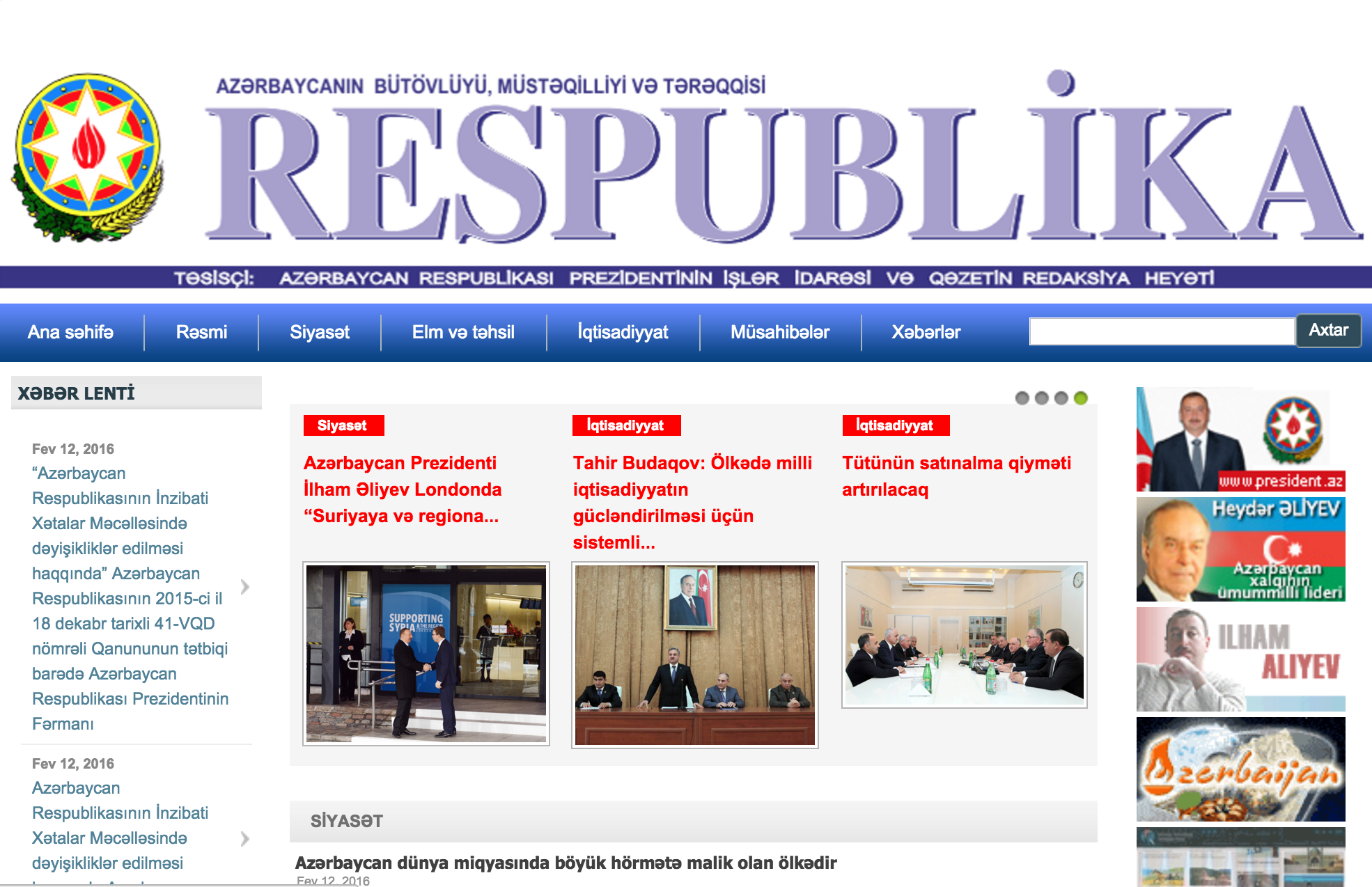 Relatives of Sabir Mustafayev, a correspondent of the Respublika newspaper who was found dead near the Elmlar Akademiyasi metro station in Baku, believe he was murdered.

Respublika, the newspaper for which Sabir Mustafayev worked, was established in 1990 as the press agency of the Cabinet of Ministers. Today, the newspaper’s founders are the Department of Presidential Affairs and the editorial staff. The newspaper is published 6 times a week.

In a statement on the journalist’s death, Yasamal District Prosecutor’s Office said that the claims of ‘beaten to death’ are groundless and have not been confirmed.

“Journalist Sabir Mustafayev collapsed in the street after losing consciousness and eventually died. This occurred in full public view with multiple witnesses. As the journalist died of natural causes, no criminal case has been initiated,” reads the prosecutor’s statement.

Just 5 months ago, on August 8, 2015, former IRFS chairman, journalist Rasim Aliyev was brutally beaten by 5 persons in the street and died in the hospital the same night. Prior to that, three journalists, Elmar Huseynov, Rafig Tagi and Alim Kazimli, were killed in Azerbaijan. Their murders remain unsolved. In Rasim Aliyev’s case, the investigation has not been conducted properly.