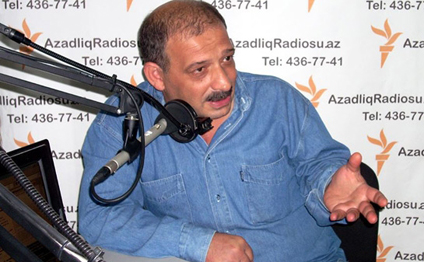 Zerkalo newspaper correspondent Rauf Mirgadirov has filed an appellate complaint against the Baku Grave Crimes Court’s verdict of December 28, 2015. The Court found him guilty of treason and sentenced him to 6 years in jail. The journalist’s lawyer Fuad Agayev said that the appeal presents evidence for the groundlessness of the verdict and requests the journalist’s acquittal.

Agayev said that he had met with the Mirgadirov in jail, and that he continues to suffer from health problems and is taking medication.

Background: Journalist Rauf Mirgadirov was arrested on April 19, 2014, after being deported to Baku from Turkey. He was charged with spying for Armenia (treason). Mirgadirov deems charges absurd.