Lawyer wants case to be heard by territorially competent court 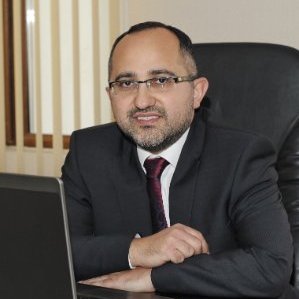 Hasanov filed a motion at the hearing:

“What I wrote about Nikoil was published by more than 15 other media outlets. However, only Aznews.az internet portal is named as the second defendant. But it is clear that I am the only person who can be held responsible for what I have written. My address is in Khatai district, and yet the lawsuit has been filed with Yasamal District Court. This is allegedly due to the website’s registered address, but no document has been presented to confirm this address, because there is no such legal entity as Aznews.az website. Therefore, the jurisdiction should be changed and the case should be referred to Khatai district court.”

Nikoil Bank’s lawyer said it made no difference for him as to which court would hear the case. As for the Aznews.az site, the lawyer said that they had taken its address from the site’s own information, and therefore indicated the portal as the defendant.

The judge announced a break for deliberation, resulting in the rejection of the defendant’s motions.

Hasanov said he would appeal the court ruling.

Background: On August 24, 2015, Akram Hasanov shared a Facebook post titled “To which bank should I deposit my money?”, shared on August 24, 2014. Nikoil Bank claimed that the article had harmed its business reputation and caused damage to the bank, as depositors had begun to withdraw their deposits. The lawyer had stated in his post that it was risky to deposit money in banks and mentioned VTB Bank and Nikoil Bank.