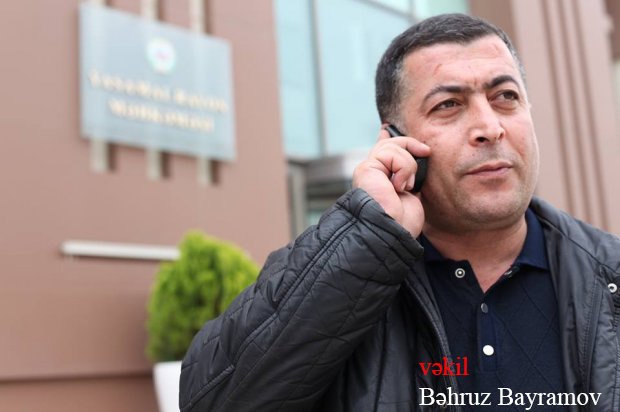 Supreme Court judge Ferhad Karimov has requested that the Bar Association of Azerbaijan Republic launch disciplinary proceedings against lawyers Elchin Sadigov and Bahruz Bayramov, reported Sadigov on November 16. Elchin Sadigov is currently representing human rights defenders Arif Yunus and Leyla Yunus and journalist Khadija Ismayil. He is also the lawyer for several other political prisoners. According to the lawyer, the appeal submitted to the Bar Association states that the lawyers failed to show up in the cassation appeal hearing on October 27 2015 in the Supreme Court, although they had been informed about the hearing in advance (and the information about it was available on the internet). Sadigov also said that he sent a letter to Ferhad Karimov on October 23 requesting the postponement of the hearing in order to ensure the participation of journalist Parviz Hashimli.The lawyer added that according to Article 419.2 of the Criminal Procedure Code of Azerbaijan Republic, substantive examination of a complaint or appeal shall be conducted by the Supreme Court as a bench of three judges. The persons entitled to lodge an appeal and the Public Prosecutor representing the prosecution before the Supreme Court shall have the right to attend the court hearing, but not an obligation. Elchin Sadigov believes that the judge’s appeal is politically motivated.

Lawyer wants case to be heard by territorially competent court