llegal money transfers out of Azerbaijan 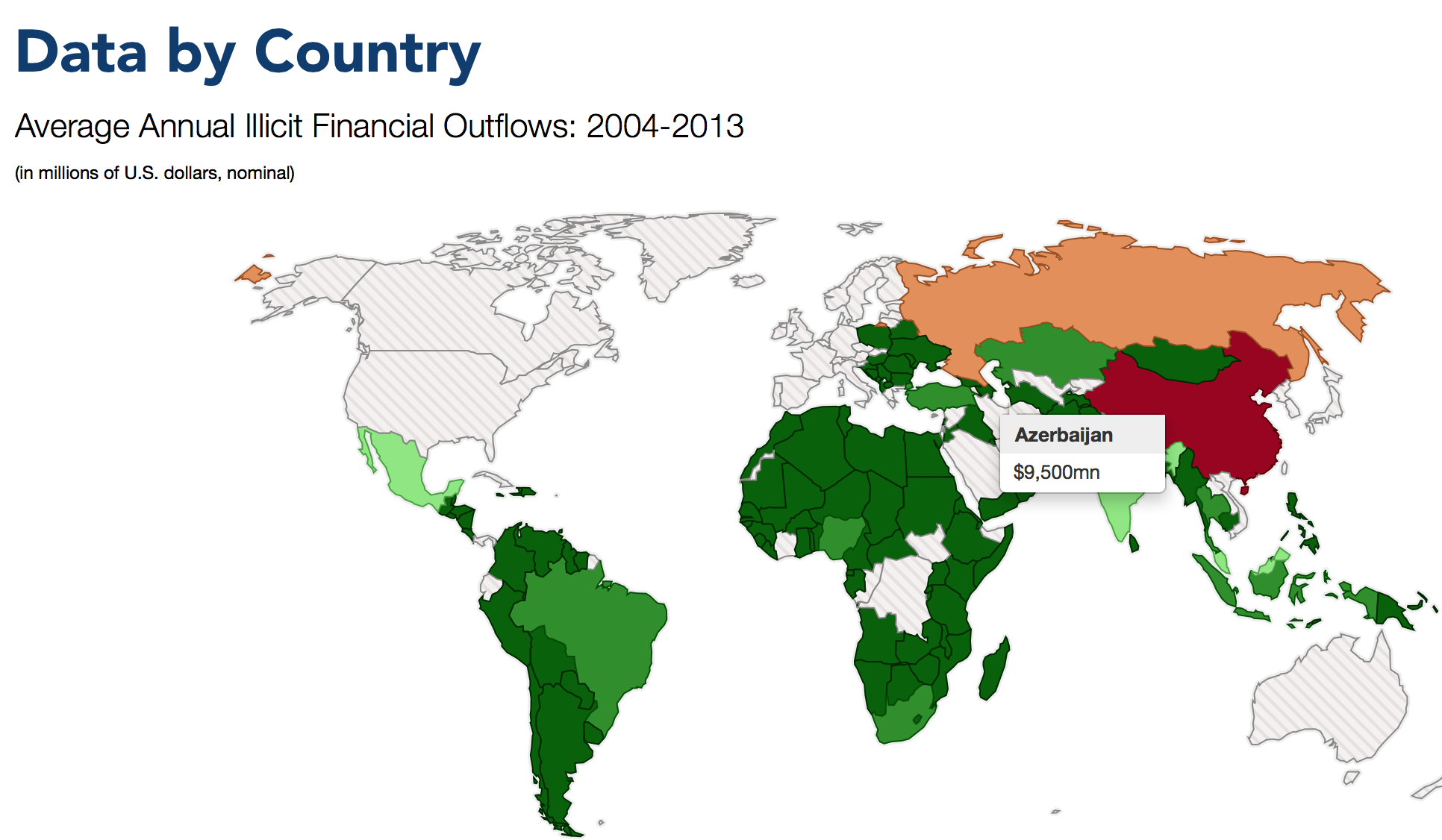 On December 9, the US-based research organization Global Financial Integrity (GFI) published a list of countries that are illegally transferring money overseas. Azerbaijan was 17th on the list, out of 148 countries. China and Russia are the top ranking countries.

The research covers the period 2004-2013, when an average of 9 billion dollars were transferred out of Azerbaijan annually. During this time, the government has frozen the bank accounts of independent NGOs, even checking the personal accounts of individual staff members. The authorities claim that NGOs are involved in money laundering. However, if the government agencies responsible for monitoring large international money transfers are not flagging them, suspicions arise that the funds may belong to officials.

The government has not commented on the GFI list. Imprisoned investigative journalist Khadija Ismayil has published a number of pieces on the President family’s ownership of offshore companies.