MOST PROBLEMS RELATED TO SPEECH AND PRESS FREEDOM 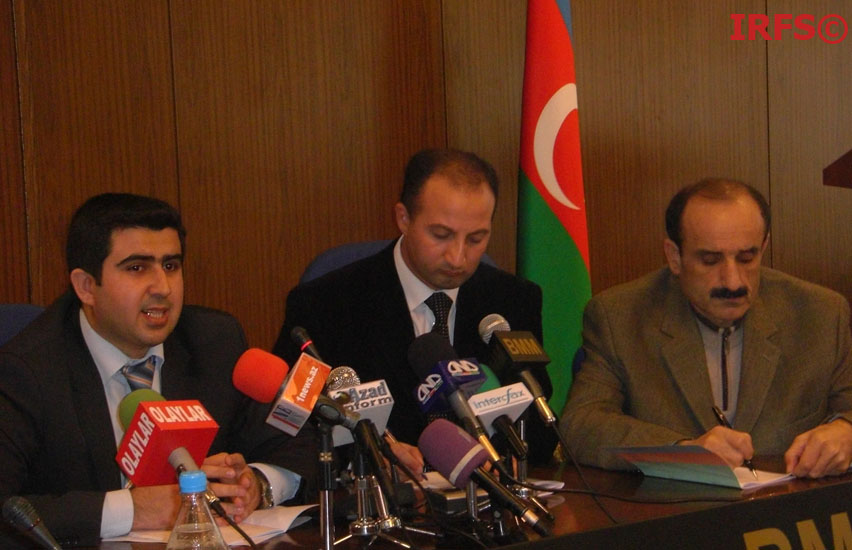 "Today most of the human rights problems are associated with speech, expression and information freedom.
There's no transparency in obtaining information from official organizations, and we are obliged to hope for the solution of these problems because the press is the most persistent stratum of the society," the Executive Director of the "Freedom of Speech Defense Fund" Mammad Nazimoglu said during the presentation of "Human Rights in the XXI Century-Azerbaijan" Foundation's report on the situation of human rights in Azerbaijan.
Areas like speech and press freedom, and information freedom have been included in the local NGO’s report.
During today’s press conference, one of IRFS’ staff members asked, "Do you agree with the regulations of the report about information freedom?" In response to this, Nazimoglu said, "My objection is that facts are enumerated in the report but no comments are made. In general, I am not happy with the current situation of information freedom, and I believe the lack of transparency is one of the reasons that this situation has arisen."
The same IRFS employee than asked the President of the Foundation Shahin Jamalov, "'The Law on Defamation' wasn't adopted in Azerbaijan and this is not reflected in the report. How do you explain this?" Jamalov responded, "This law hasn't been adopted. I realize you ask this question because of the arrests of journalists. In connection with the journalists’ arrests, I can say that Azerbaijani Journalism has serious problem related to professionalism. We wouldn't want the journalists to be arrested or their rights to be violated. However European Organizations and our local experts state that there's a professionalism problem in Azerbaijani journalism, and the lack of professionalism of some journalists is the basis of such problems."

LOCATION OF CASE MATERIAL ON BEATING OF JOURNALIST UNKNOWN