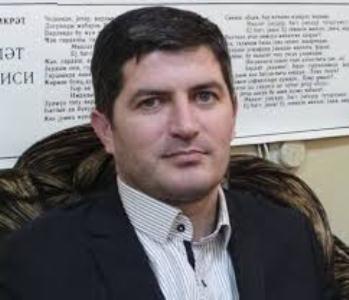 Asif Yusifli, a member of the APFP Supreme Assembly Presidium and a Karabakh war veteran, was detained on November 25 2014. It was not for another two days that he was officially charged, with fraud and falsification of documents, and sentenced to four months’ detention. Asif Yusifli had a leg operation after a car accident and walks with the aid of a walking stick. Commenting on his arrest, the APFP stated that Yusifli, as a Presidium member of APFP, has been at the forefront of the party’s struggle against the incumbent regime. As a lawyer, Yusifli has defended the rights of hundreds and thousands of Azerabijanis whose rights have been violated. As a Karabakh war veteran, he has protested against the government’s indifference towards veterans.

The party activist also stated his belief that the real reason for his arrest is his political stance, including his principled and determined struggle as a politician, his involvement in the protection of the rights of disabled Karabakh war veterans, and his social media activity (including a blog post titled “May your oppression come to an end”).

The court ruled to sentence Asif Yusifli to 7.5 years behind bars.