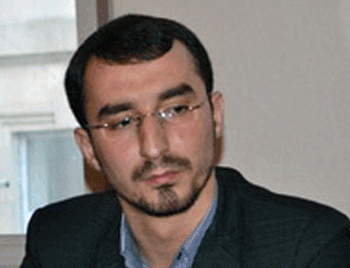 Theologian Taleh Bagirov was released from the Gobustan closed prison at around midnight on July 31, after completing  his prison term.

Bagirov was arrested on March 31 2013 under article 234.1 of the Criminal Code (drug possession) and sentenced to two years in jail by the decision of Sabunchu District Court. He was transferred to Gobustan closed prison for 8 months by Garadag District Court.

Taleh Bagirov had been arrested once before, and sentenced to eighteen months in prison for participating in the Free Hijab protest held in front of the Ministry of Education. He was released in November 2012 after serving his term in full.