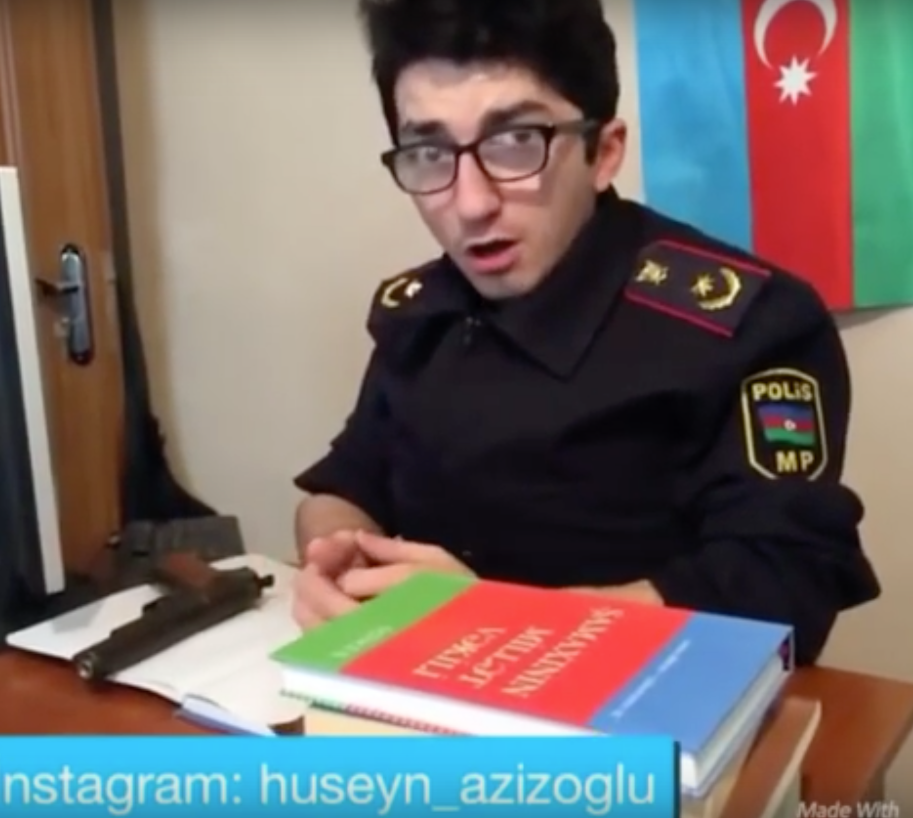 According to the blogger’s mother, he has been charged with hooliganism and sentenced to 15 days of administrative detention.

Huseyn Azizoglu  is active on Facebook, and his most recent videos were about the police. It is likely that the journalist has been arrested for these posts.

The blogger shared his videos via his Facebook page, “Üç Üz” (Three Faces). The videos depicted various events in Azerbaijan and abroad.

The blogger’s mother says he was arrested for fighting someone in the street and that Huseyn is alright.