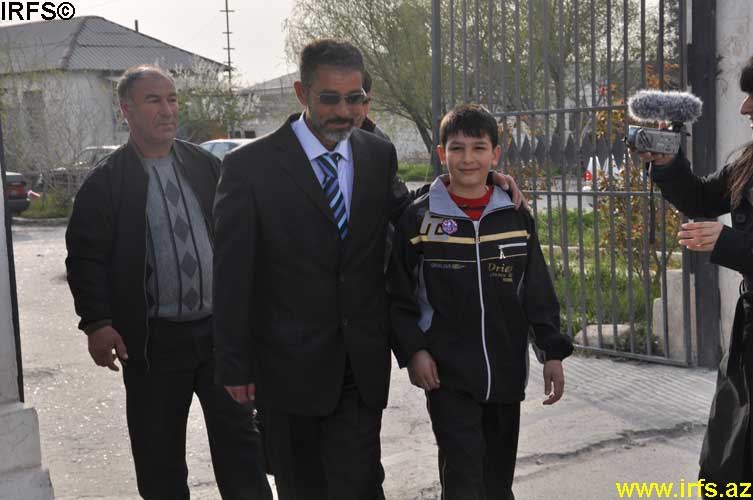 At 8:00 a.m. today, after two years and nine months of prison life, “Azadlig” newspaper satiric/journalist Sakit Zahidov was released due to amnesty act.
Three days ago Sakit called home and said that he would be released. His co-workers have been waiting in front of the prison for three days. However, only employees of Radio Liberty, “Turan” Information Agency, ANS TV, and the Institute for Reporters’ Freedom and Safety were able to arrive at Prison #10 in time to S. Zahidov released today.
Zahidov said he wished that all prisoners who have been arrested unjustly would be freed. He noted also that he continued his work in prison and will continue to do so from now on. “I kept working in prison and will continue with criticizing officials,” said Zahidov. “Starting tomorrow my poems will be published in ‘Azadlig’ Newspaper.”
Along with co-workers, Zahidov’s family and close relatives greeted the journalist in front of the prison.
Today is Zahidov’s third daughter Ulviyya’s birthday.