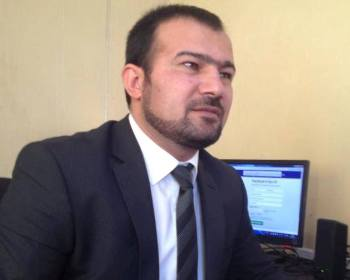 On 25 September, the jailed chief of the Azadliq newspaper politics department and host of the Azerbaijani Hour TV programme Seymur Hazi ended his hunger strike. He had launched the strike in protest against official pressure to refrain from making a closing speech at his court hearing on 29 September.

Seymur Hazi was detained after a fight with Maharram Hasanov in the Jeyranbatan settlement of Baku on 29 August 2014. He was charged under Article 221.3 of the Criminal Code (hooliganism using an object as a weapon), while Maharram Hasanov was charged under Article 221.1 (hooliganism). Hazi was sentenced to 5 years in jail by Absheron Regional Court on 29 January 2015.