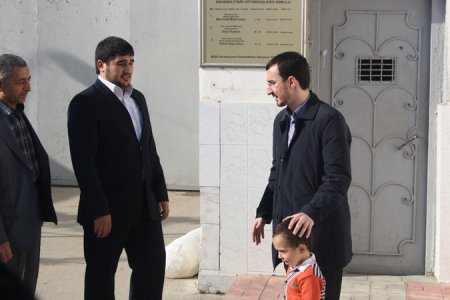 Tale Bagirzade, the head of the Muslim Union Movement, was arrested by Yevlakh city police on 25 September and then released on the same day.

According to Bagirzade, he went to Yevlakh to attend a relative’s engagement party. On his way to the mosque for Jummah prayer he heard that the mosque has been surrounded by armed officers. Bagirzade added that there were rumours around Yevlakh that he was involved in a murder case, and that the police had descended on the mosque in an operation to apprehend him.

However, Bagirzade was told that the Ministry of Internal Affairs had been informed via the 102 hotline of a planned an anti-government speech in the mosque, and that this had prompted the police operation.

“After discovering that not only I was not scheduled to make a speech at the mosque, but that I had not been there at all, they apologised and allowed me to go,” said Bagirzade.

Several days ago Bagirzade was interrogated by the Ministry of National Security, having been released from prison earlier this year, on 30 July. He had been in jail on charges of illegal drug possession.