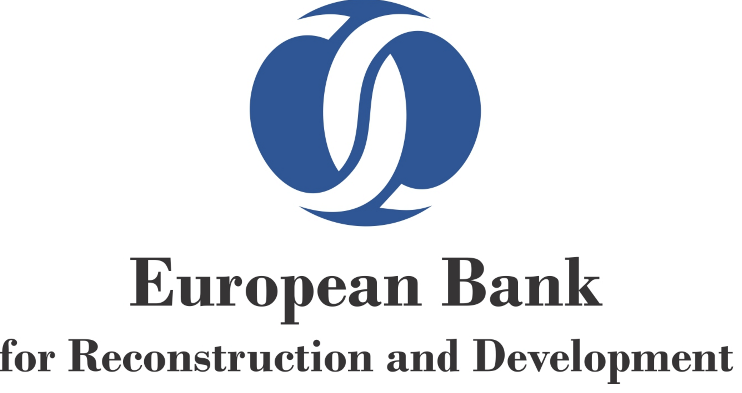 We are writing in advance of the EBRD’s Board of Directors’ meeting on the 22 July where you will be deciding whether to arrange up to US$500,000,000 to Russia’s Lukoil for the Shah Deniz II offshore gas project in Azerbaijan.

We urge you to reject the loan for failing to meeting the basic requirements of the Agreement Establishing the European Bank for Reconstruction and Development and the Bank’s own Environmental and Social Policy. Under the EBRD Agreement, the parties must be committed to human rights, multi-party democracy, rule of law and pluralism. This is systematically being violated in Azerbaijan.

During the last few years the Azerbaijani authorities have worked aggressively to silence all forms of criticism and have effectively removed critical voices from public life. Hundreds of human rights defenders, NGO leaders, youth and social media activists, bloggers and journalists have been arrested and imprisoned.

Any loan to Lukoil to develop Shah Deniz II will squeeze the space for civil society even further as it bolsters the current regime[1], as well as contradicting Article 1 of the EBRD’s establishing agreement, which states that you lend to “countries committed to and applying the principles of multiparty democracy”.  Diversifying Azerbaijan’s economy away from reliance on hydrocarbons not only makes economic sense; it is also crucial for the development of human rights and democracy in Azerbaijan.

The Aliyev family has held onto power in Azerbaijan for two decades through a combination of fraudulent elections, arresting opposition candidates, beating protesters and curtailing media freedom.

There are significant problems with Azerbaijan’s democratic structures. In 2009, 29 articles of the Azerbaijani constitution were amended, the most important change being the abolition of the presidential term limit. (Previously the constitution limited presidents to two five- year terms). The constitutional change was widely condemned including by the Venice Commission (the Council of Europe’s advisory body on constitutional matters).

According to the Venice Commission’s opinion “Azerbaijan, the Constitution of which provides for a Presidential system of Government, is undoubtedly a country where the President concentrates extensive powers in his hands, given the few checks and balances which exist. It was therefore logical that the original text of the Constitution of Azerbaijan provided for a two-term limit… Explicit constitutional limitations on the successive terms of a president are particularly important in countries where democratic structures and their cultural presuppositions have not yet been consolidated.”The recent crackdown began in 2013 in the run up to the Presidential Elections with those opposing the government being beaten and jailed. The OSCE/ODIHR Election Observation Mission concluded that the 2013 Presidential elections were “undermined by limitations on the freedoms of expression, assembly and association that did not guarantee a level playing field for candidates. Continued allegations of candidate and voter intimidation and a restrictive media environment marred the campaign. Significant problems were observed throughout all stages of election-day processes and underscored the serious nature of the shortcomings that need to be addressed in order for Azerbaijan to fully meet its OSCE commitments for genuine and democratic elections.” In June 2015, the Azerbaijani authorities gave the OSCE one month to halt all activities and withdraw their project coordinator from the country.

Last year, Azerbaijani NGO the Institute for Reporter’s Freedom and Safety (IRFS) submitted comments to the EBRD’s country strategy (attached for your information). In the submission IRFS stated that “In the light of the Azerbaijani government’s well documented failure to comply with its own commitments of democracy and pluralism we believe expansion of the Bank’s portfolio in Azerbaijan is in direct contradiction to the first Article of the Agreement Establishing the Bank.” Since that time the democratic and human rights situation has deteriorated even further, with IRFS becoming one of the many Azerbaijani NGOs, or local branches of INGOs, forced into suspension or closure. IRFS’s director Emin Huseynov was forced into hiding, and later exile, to avoid arrest.

Those arrested over the last year include prominent activist Leyla Yunus whose work involved monitoring political prisoners and promoting dialogue between Azerbaijani and Armenian communities; the country’s preeminent human rights lawyer Intigam Aliyev; award-winning investigative journalist Khadija Ismayilova and Rasul Jafarov who led the Sing for Democracy campaign which attracted international attention during the 2012 Eurovision Song contest and began the Sports for Rights campaign in the run up to the Baku 2015 European Olympic Games. These government critics now face many years in jail on false charges.

On 24 June 2015, a group of 25 countries led by Ireland and supported by the USA, Canada, the UK, Norway and the Netherlands, delivered a joint statement on Azerbaijan to the UN Human Rights Council on country situations of concern, in which they outlined the threats to freedom of expression in Azerbaijan and called on the Azerbaijani authorities to “end its crackdown on civil society and respect fundamental freedoms”.

A substantial improvement in the respect of basic rights and freedoms should be achieved before you consider lending to Azerbaijan’s oil and gas sector.

Corruption reaches to the highest levels in Azerbaijan, including the President and his family. Transparency International’s 2014 Corruption Perceptions Index ranked Azerbaijan 126 out of 175 countries. The EBRD strategy for Azerbaijan[3] acknowledges the challenges the country faces related to corruption and the steps that the government has taken to fight against it. However, the strategy fails to address the high-level corruption related to the business activities of President Aliyev and his family. The arrest and detention of investigative journalist Khadija Ismayilova, well-known for exposing the Aliyev family’s control of many Azerbaijanibusinesses and the movement of Azerbaijani state money tooffshore accounts, raises serious questions about the Azerbaijani authorities willingness to address corruption.

In April 2015 Azerbaijan was downgraded from ‘compliant’ to ‘candidate’ by the  Extractive Industries Transparency Initiative (EITI). The EITI stated that the downgrade was a result of “deep concern for the ability of civil society to engage critically in the EITI process in Azerbaijan”. If Azerbaijan fail to implement corrective action by April 2016 it will be suspended from the EITI.

The downgrading of Azerbaijan by the EITI is a key source of concern. The EBRDS energy policy states that “The Bank is committed to adhere to best governance, transparency and revenue management standards by requiring its clients to implement the principles and requirements of the EITI.” The importance of adequate stakeholder engagement in the EITI process is specifically noted in the EBRD’s Energy Policy. It states “One key component of transparency in the extractive industries is stakeholder engagement…The Bank has an opportunity to play an important role in conducting meaningful consultations with stakeholders.”

In 2012, the government adopted a series of regressive amendments to the law on the right to obtain information, the law on the state registration of legal entities, and the law on commercial secrets.

On 6 July 2012, President Aliyev signed into law amendments limiting the disclosure of information by corporate entities, which had been adopted by Parliament on 12 June 2012. Strongly criticized by pro-transparency groups, the changes curtail public access to information about the ownership of commercial entities, the amount of their charter capital, ownership structure, and other similar data. These amendments, known as the “corporate secrecy amendments,” became effective in October 2012.

This loan undermines the EBRD’s commitment to  stakeholder engagement in the EITI. It should not be considered until Azerbaijan has achieved compliant EITI status.

The EBRD strategy for Azerbaijan also acknowledges the importance of supporting the diversification of the Azerbaijani economy. This diversification has not happened. The 2014 IMF country report on Azerbaijan sets out a devastating analysis of resource dependency. It shows that despite oil profits to the government increasing by about 30 per cent of GDP in mid-2000s, the money has been spent, with almost no accountability or oversight. In the last two years oil production has declined, after reaching its peak in 2010, and reserves could be depleted in the next 15 to 20 years. The low oil price is now having a serious impact on the Azerbaijani economy, as indicated by the devaluing of Azerbaijan’s local currency, the Manat. This loan will further Azerbaijani dependency on hydrocarbons

In the run up to the European Games, held last month in the Azerbaijani capital Baku, Dunja Mijatović, OSCE Representative on Freedom of the Media stated: “Journalists and free expression advocates sit in Azerbaijani jails in record numbers. Their lot is growing. Azerbaijan scores near the bottom of every objective ranking of nations based on free media and free expression criteria.”

In light of the above information, it is imperative that the EBRD do not arrange this loan on the 22 July. We urge you to use your position to recommend that the loan is declined.

6. Friends of the Earth, US

[1]                 There is a large body of academic literature demonstrating the link between oil wealth and authoritarianism, in particular, in The Oil Curse: How Petroleum Wealth Shapes the Development of Nations, Michael Ross notes that “oil has kept autocrats in power by enabling them to increase spending, reduce taxes, buy the loyalty of the armed forces, and conceal their own corruption and incompetence,” (p.63) because oil revenues are “unusually large, do not come from taxes, fluctuate unpredictably, and can be easily hidden” (p. 6). The exploitation of Azerbaijan’s oil and gas wealth has hindered the development of democracy in Azerbaijan. As Rasul Jafarov explained just one month before his arrest: “Before the oil and gas incomes came to Azerbaijan we had more democracy and freedom.” Hydrocarbon revenues have provided the Aliyevs with the finance needed to pay security forces and establish a secure income and therefore enabled them to ignore citizens’ voices because they are not reliant on those citizens for a tax base.

Last year, Azerbaijani NGO the Institute for Reporters’ Freedom and Safety (IRFS) submitted comments to the EBRD’s country strategy. In this submission, the local group  asks the Bank to stay true to its Article 1 mandate and demand that Azerbaijani government makes credible progress toward meeting benchmarks the Bank has set for it.

1 The EU/ Azerbaijan Action plan is available at http://eeas.europa.eu/index_en.htm

2 “European Neighborhood Policy: Working Towards a Stronger Partnership,” the European Commission and the High Representative of the Union for Foreign Affairs and Security Policy, 20 March 2013 http://ec.europa.eu/world/enp/docs/2013_enp_pack/2013_comm_conjoint_en.pdf

7 See the Constitution of Republic of Azerbaijan, available at http://en.president.az/azerbaijan/constitution/

13 IRFS reports and publications are available on its website, www.irfs.org

14 UNCAC Signature and Ratification Status as of May 29,2013, http://www.unodc.org/unodc/en/treaties/CAC/signatories.html

18 For more information about the Open Governance Partnership see http://www.opengovpartnership.org/about

19 Council of Europe Convention on money laundering and financing of terrorism Convention (CETS No. 198) Status as of: 13/9/2013 http://conventions.coe.int/Treaty/Commun/ChercheSig.asp?NT=198&CM=&DF=&CL=ENG 20 Azerbaijan President Signs Law on Corporate Disclosure, http://www.freedominfo.org/2012/07/azerbaijan-president-signs-law-on-corporate-disclosure/