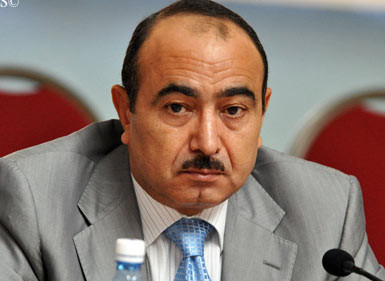 Declared that freedom of speech is guaranteed in Azerbaijan, Hasanov promised that the state will continue its efforts to strengthen media independence.

He shared his regret that some media outlets ‘abuse the conditions created for them’; in particular, he claimed, online media outlets publish false, unfounded, biased and even blackmail-type information about different government agencies, their leadership, and/or employees.

“Biased information about alleged “dismissal” of officials, “inspections” at the agencies headed by them, “searches” at their homes, “arrests” of officials, “cooperation” between some officials and dismissed heads of state agencies is circulated deliberately. The intent of these outlets is to make profit and to expa

nd their audiences. Such an activity is against the law and directly incurs responsibility. The spread of such information damages the reputation of state bodies, affects their work, causes confusion among public and, in general, has a negative impact on the image of the state,” said Ali Hasanov.

Hasanov added that the Press Council must take measures against those who spread false and biased information about state bodies and officials; otherwise, appropriate legal measures will be taken against the media outlets and journalists who contravene the law.

A number of media outlets have published stories on the high-profile dismissals of first the Minister of National Security and then the Minister of Communication and Information Technologies, as well as on searches conducted at their apartments and arrests of ministry employees.