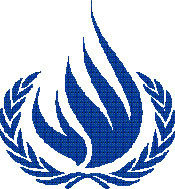 The International Secretariat of the World Organisation Against Torture disseminated a statement about Emin Huseynov. We present the statement in its entirety.

The International Secretariat of the World Organisation Against Torture (OMCT) requests your URGENT intervention in the following situation in Azerbaijan.

Brief description of the situation

The International Secretariat of OMCT has been informed by a reliable source and Antenna International, member organisation of OMCT SOS-Torture network, that Mr. Emin Huseynov, director of the Institute for Reporter Freedom and Safety (IRFS), was subjected to severe beatings during his detention on 14 June 2008 in Baku.

According to the information received, on 14 June 2008 at around 01:00pm, Mr. Emin Huseynov was participating, along with other members of the Ernesto Che Guevara fan club including researchers at IRFS, Mr. Rasim Aliyev and Mr. Mirrehim Hasanov, in a peaceful celebration of the 80th anniversary of the Cuban revolutionist Ernesto Che Guevara, taking place at a café, when police raided the event. Approximately 20 individuals, including Mr. Emin Huseynov, Mr. Rasim Aliyev and Mr. Mirrehim Hasanov, were arrested and allegedly beaten by the police, reportedly headed by two individuals in plainclothes, and then taken to the Nasimi District Police Department n°22, Baku district. No reasons were reportedly given for the arrest, except that those arrested did not have any IDs with them.

At the District Police Department, police reportedly started photographing and fingerprinting the arrested individuals, without giving any explanation. When Mr. Emin Huseynov protested, he was reportedly taken into the office of Chief Deputy of Police Department, Major Azer Kerim-Zade, and allegedly severely beaten. He reportedly lost consciousness once brought out of the room. While the others arrested individuals urged to call an ambulance, the police reportedly ignored the request. Mr. Emin Huseynov was only provided with medical assistance after the police released him at around 4:45pm. He was then brought by his colleagues to the hospital where he is currently still hospitalised. According to the doctors, he sustained head and brain trauma.

All the other arrested individuals, including Mr. Rasim Aliyev and Mr. Mirrehim Hasanov, were reportedly released around 08:00pm on the same day.

The International Secretariat of OMCT expresses its deep concern about the arbitrary arrest and severe beatings of Mr. Emin Huseynov, as well as of the arbitrary arrest of the other individuals. OMCT calls on the authorities to order a thorough, independent and impartial investigation into this event in order to identify those responsible, bring them to trial and apply the penal and/or administrative sanctions as provided by law. Furthermore, OMCT recalls that Azerbaijan is a State party to the UN Convention Against Torture and Other Cruel, Inhuman or Degrading Treatment or Punishment and the International Covenant on Civil and Political Rights (ICCPR), which both prohibit cruel, inhuman or degrading treatment. OMCT also recalls to Azerbaijan that according to article 9 1) of the ICCPR “no one shall be subjected to arbitrary arrest or detention”.

Please write to the authorities in Azerbaijan urging them to:

i. Guarantee in all circumstances the physical and psychological integrity of Mr. Emin Huseynov, Mr. Rasim Aliyev and Mr. Mirrehim Hasanov;
ii. Order a prompt, thorough and impartial investigation into this event in order to identify those responsible, bring them to trial and apply the penal, civil and/or administrative sanctions as provided by law;
iii. Guarantee adequate reparation to the victims;
iv. Guarantee the respect of human rights and the fundamental freedoms throughout the country in accordance with national laws and international human rights standards.

Kindly inform us of any action undertaken quoting the code of this appeal in your reply.