With Legislating about Internet, Azerbaijan Taking U-Turn on Free Expression 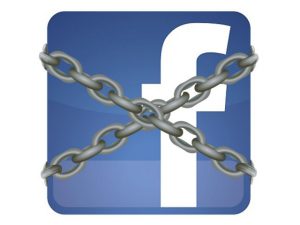 Institute for Reporters’ Freedom and Safety (IRFS) condemns the criminal sentence handed down by theAstara criminal court against a Facebook user on charges of criminal defamation and calls upon the government of Azerbaijan to overturn this sentence and to repeal criminal defamation laws which encourage self-censorship, thereby restricting freedom of expression.

As such, on July 30th, a judge sentenced MikayilTalibov to a one-year public labor for his “libelous”Facebook posts.

Talibov was found guilty under Article 147.1of the Criminal Code (Slander) over the “libelous” comments on the “Accessbank-Haqsizbank” (“Accessbank- Unfair bank”) Facebook page which he had created to criticize activities of the bank.

The case has gained the attention of civil rights leaders as the conviction happened less than a month after the draconian legislation extending criminal defamation provisions to online content came into effect.

“Internet regulation may be a global trend, but, in Azerbaijan, where critical voices are regularly prosecuted, it could be used by a repressive regime as a weapon of the state against free expression”, comments IRFS CEO & Chair EminHuseynov.

The articles 147 and 148 make it a criminal offence to post online a defamatory libel that someone knows to be false (article 147, Slander) and/or “a deliberate humiliation of honor and dignity of a person, expressed in the indecent form” (article 148, Insult).

Conviction may lead to a three year imprisonment.

The rationale used by the authorities of Azerbaijan, which focused on the “protecting people from false allegations i.e. being defamed[1],” justifies a civil cause of action but doesn’t explain the need for criminal sanction.

“Libel can be a tort, but not a criminal offence. Defamatory statements should be dealt with in the civil courts”, IRFS CEO said.

IRFS reminds thatin terms of keeping the peace, preventing disorder and controlling inflammatory behavior there are other tools to use. As such, the Article 23 of the Civil Code envisages the declaration ofinformation as untrue in the same mass media and the recovery of losses caused by such disseminationforthose who make defamatory statements.

“It goes without saying that citizens must be protected from libel and insult.Those who spread defamatory comments should pay reasonable compensation but never find themselves serving a criminal sentence”,Huseynov said.

“Azerbaijani authorities must immediately embark on the reforms to repeal archaic defamation provisions, which run counter to both Azerbaijani Constitution and international standards on freedom of expression”, Huseynov said.

IRFS has continually expressed concerns over the use of outdated legal provisions such as libel to silence journalists and urges Azerbaijani government to follow the example of other countries in the region to decriminalize libel and use civil procedures on defamation cases.

[1]Seeinteralia, Azerbaijan’s communication with the Council of Europe Cabinet of Ministers concerning the cases of Mahmudov and Agazade and Fatullayev against Azerbaijan (Applications No. 35877/04 and 40984/08).  https://wcd.coe.int/com.instranet.InstraServlet?command=com.instranet.CmdBlobGet&InstranetImage=2297362&SecMode=1&DocId=2019084&Usage=2 and Comments of the Azerbaijani authorities on the report by Nils Muižnieks, Council of Europe Commissioner for Human Rights, following his visit to Azerbaijan, from 22 to 24 May 2013https://wcd.coe.int/ViewDoc.jsp?id=2089199&Site=COE&BackColorInternet=B9BDEE&BackColorIntranet=FFCD4F&BackColorLogged=FFC679