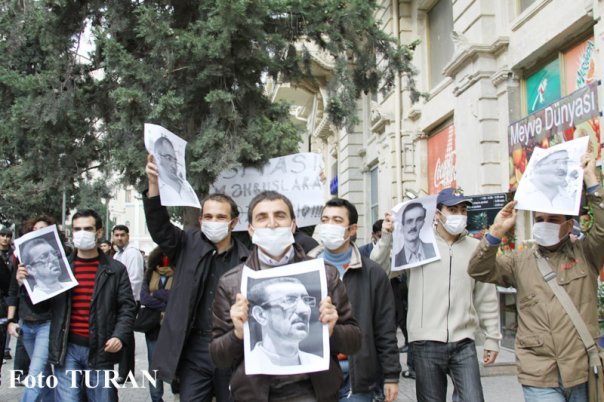 Younth activists put on protective masks, and started off from Natavan monument in the center of Baku and advanced to the Puppet Theatre holding slogans and photos of imprisoned journalists and bloggers in their hand that said, “Let’s protect ourselves against the virus of the government”, and “Freedom to the political prisoners.”

Two members of APFP Youths Organization – Ramin Gafarov and Teymur Mammadzade were taken to the Sabail District Police Department #9 as a result of police intervention. Detained activists were released at the end of the day.

UN COMMITTEE AGAINST TORTURE CONCERNED ABOUT VIOLATIONS AGAINST JOURNALISTS IN AZERBAIJAN