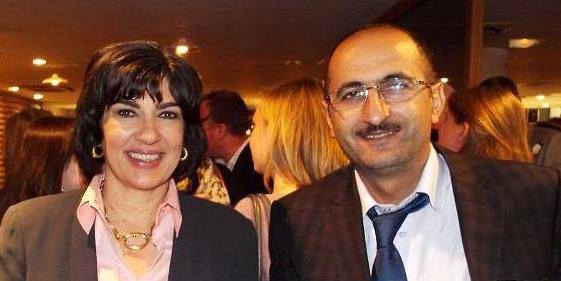 Azerbaijani journalist Idrak Abbasov’s story bears all the hallmarks of the typical forms of pressure used by an increasingly intolerant regime to silence its critics. Abbasov became a target for providing a rare critical voice in a media climate dominated by the state. As a result, Abbasov and his family faced years of pressure, ranging from harassment and threats to physical attacks. Nonetheless, he persisted in his efforts to tell the truth about the situation in his country.

In April 2012, just weeks after winning an Index on Censorship Freedom of Expression Award, Abbasov was brutally beaten by employees of the State Oil Company of Azerbaijan (SOCAR) whilst filming them demolishing houses in his village. As a result of the attack, he was hospitalised and sustained serious injuries, including broken ribs, damage to his internal organs, and injuries to his eyes. No one was ever prosecuted, and SOCAR blamed Abbasov for instigating the attack.

After the attack, the pressure continued to mount against Abbasov and his family – even his young children. Eventually, they were forced to flee the country for safety, like many other journalists, human rights defenders, and political activists, who are forming an ever-growing community of exiles.

Abbasov continues speaking out even now, drawing international attention to the situation in Azerbaijan, and trying to help his colleagues who have been jailed or otherwise targeted. Now, in the midst of an unprecedented crackdown in the country, he has written a letter to Christiane Amanpour in her new capacity as the UNESCO Goodwill Ambassador for Freedom of Expression and Journalist Safety.

In his letter, on behalf of the Sport for Rights campaign, Abbasov detailed the unprecedented human rights crackdown taking place in Azerbaijan, in particular the cases of jailed journalist Khadija Ismayilova, and human rights defender Emin Huseynov, who has been trapped at the Swiss Embassy in Baku since August 2014, facing arrest if he attempts to leave. Abbasov urged Amanpour to make a statement condemning the crackdown and calling for the release of the country’s jailed journalists and human rights defenders.

Abbasov also called on Amanpour to take steps to hold UNESCO responsible for its freedom of expression mandate with respect to Azerbaijan, and to undertake a fact-finding mission to the country. He noted that a visit by Amanpour would be timely in the aftermath of the inaugural European Games – which will take place in Baku from 12-28 June – in light of potential acts of reprisal against Azerbaijanis who speak out in the run-up to the Games.

The Sport for Rights campaign hopes that Amanpour will respond, and take action to address the serious freedom of expression violations in the country, before the situation becomes even worse. In particular, Amanpour could be a useful intermediary with Azerbaijani First Lady Mehriban Aliyeva, herself a UNESCO Goodwill Ambassador.

In the meantime, it is journalists like Idrak Abbasov and Khadija Ismayilova, and human rights defenders like Emin Huseynov, who will continue paying the price for the international community’s silence on the widespread repression being carried out by the Azerbaijani regime. They at least deserve a sporting chance.

I am writing to you as the UNESCO Goodwill Ambassador for Freedom of Expression and Journalist Safety. Congratulations on your appointment! You may remember me from the Rory Peck Awards in 2013, where I received the Martin Adler Award for my freelance journalism in Azerbaijan. Unfortunately, the situation in Azerbaijan has drastically deteriorated since our meeting in London, and my family and I have been forced to leave the country for safety.

Now, I am writing to you with some requests from the Sport for Rights campaign, a coalition of international organisations working to promote human rights in Azerbaijan in the context of the inaugural European Games, which will take place in Baku this June. In the run-up to the Games, the Azerbaijani authorities have engaged in an unprecedented crackdown to silence all criticism and dissent.

As a result, eight journalists are now behind bars on spurious charges. One of them is prominent investigative journalist Khadija Ismayilova, whom you met when she received an award from the International Women’s Media Foundation in 2012. Khadija is now in detention, facing serious jail time on trumped-up charges of embezzlement, illegal entrepreneurship, tax evasion, abuse of power, and inciting someone to attempt suicide. Khadija has been targeted for her fearless reporting, much of which focused on corruption of Azerbaijan’s ruling elite, including President Aliyev and his family.

Five human rights defenders are also in jail on spurious charges, all strong advocates of freedom of expression. Another human rights defender, Emin Huseynov, remains trapped in the Swiss embassy in Baku, facing arrest on spurious charges of illegal entrepreneurship, tax evasion, and abuse of power. Emin has been targeted for his work as director of the Institute for Reporters’ Freedom and Safety, Azerbaijan’s leading freedom of expression advocacy organization. Emin has long been at the forefront of promoting freedom of expression and free media. He is a tireless defender of free speech, not only in his native Azerbaijan but also throughout the former Soviet Union and beyond.

Besides arrests, the authorities have stepped up other forms of pressure on journalists. Violence against journalists remains a serious problem, with complete impunity for their attackers. Harassment, threats, and intimidation are an everyday reality for critical journalists. A growing number of journalists, like me, have been forced to leave the country for safety.

In light of these and other serious problems, the Sport for Rights campaign has three requests for you. Firstly, we urge you to make an immediate statement condemning the ongoing human rights crackdown in Azerbaijan and calling for the release of the jailed journalists and human rights defenders. We have enclosed a list of their names and case details, and can provide further information as needed.

Finally, we encourage you to undertake a mission to Azerbaijan to investigate the situation in the country, visit our jailed colleagues, and raise these serious issues directly with the authorities, including First Lady Mehriban Aliyeva, who is herself a UNESCO Goodwill Ambassador. This would be particularly helpful in the aftermath of the European Games, as we are worried about possible acts of retribution towards our few remaining brave colleagues in the country, as has been the case after past international events.

Thank you for considering our requests, and as ever, for your support for freedom of expression. I would greatly appreciate anything you could do to help improve the situation in my country before it gets any worse.