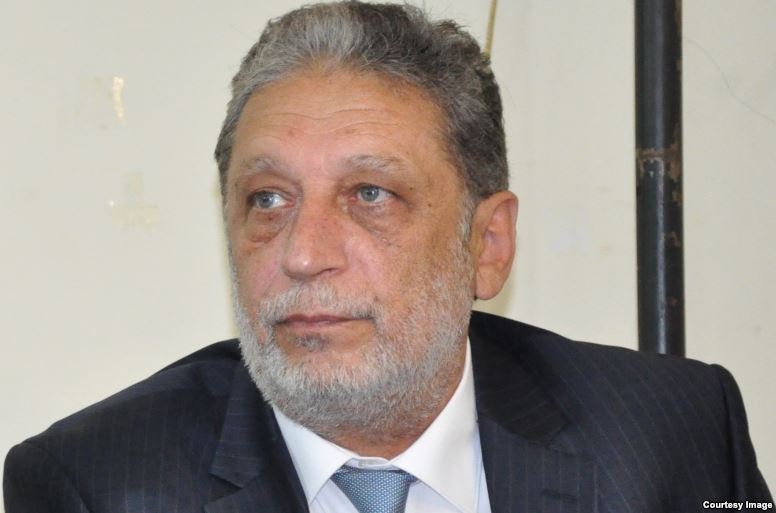 On 3 July, the Nasimi District Court, chaired by Judge Shalala Hasanova, heard the case of Guliyev Eldaniz Jumshud oglu, the head of the Intellectuals’ Union and a member of the Natiional Council.

At the hearing, Eldaniz Guliyev requested exemption from the penalty of 480-hour community service imposed by Nasimi District Court decision #1(006)-362/2014, dated 30 October 2014, convicting him under article 147.1 of the Criminal Code.

A bailiff from the Nasimi District Department for the Execution of Judgments reported that Eldaniz Guliyev has only completed 57 hours of the total 480-hour work stipulated by the community service penalty. Commenting on the application, the bailiff first left it up to the court to decide, but requested that it be denied.

Eldaniz Guliyev accused the bailiff of inhumane treatment and requested that the community service penalty be revoked, as he has reached the retirement age. After a 20-minute deliberation, the judge announced the verdict, rejecting the application.