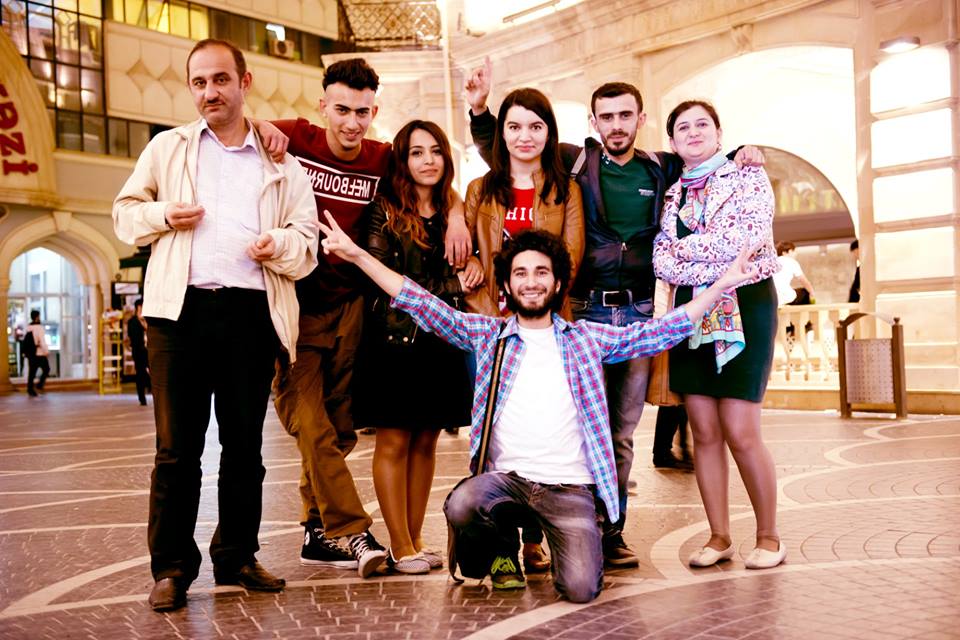 ​On 30 June, four Meydan TV employees were prevented from travelling to Tbilisi. Border guards told them that they were under a travel ban, apparently imposed that same day.

When the employees – Natig Javadli, Shirin Abbasov, Elnur Mukhtarov and Ayten Alakbarova – asked about the reasons for the ban, they were told to submit an enquiry to the Ministry of Internal Affairs.

Emin Milli, the Berlin-based Director of Meydan TV, says the organization has received no information about the travel ban, official or unofficial. But he said he was not surprised by the development. Over the past two years, Meydan TV has operated and developed as an independent media outlet, reaching a growing audience despite the difficult political environment and the fact that journalists are working in a climate of fear. Milli said that the authorities were once again trying to put pressure on a professional and independent media outlet with the hope of shutting down its activities altogether. He noted the significance of the timing of the ban, just a day after the European Games officially ended.

Emin Milli said Meydan TV is registered in Germany and therefore it is impossible for the Azerbaijani authorities to intervene in the same way they have at the domestic level. He said they were determined to continue their operations, and added that by imposing a travel ban on people who contribute material, articles or videos from Azerbaijan, the government was showing its weakness.

In addition, he reported that he was personally threatened on 21 June. He received a message, reportedly delivered through intermediaries on behalf of the Minister of Sport, Azad Rahimov. Milli believes the message came under the instructions of President Ilham Aliyev, with Rahimov as the messenger, adding that a state should not threaten its citizens. According to Milli, the content of the message was as follows: “What has Azerbaijan done to you? Why have you organized a campaign against the state of Azerbaijan? The state of Azerbaijan will find and punish you wherever you are. It does not make difference whether you are in Germany or anywhere else”.

Milli he went to the German police after receiving the message and passed on all the information and the facts. The police have pledged to take the necessary legal steps.