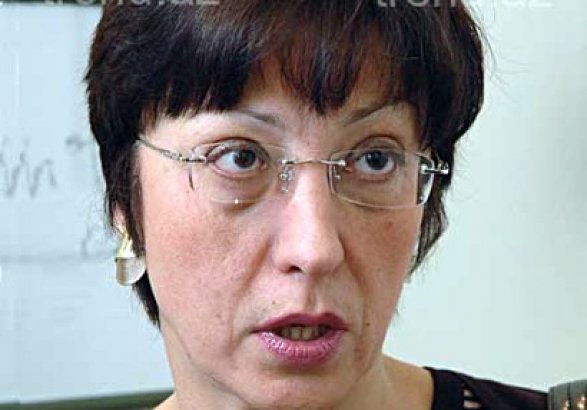 Summary: Second Hearing during the Trial of Leyla and Arif Yunus (July 27 2015)

·      A witness for the prosecution, Rena Safaraliyeva, the head of the Transparency International Azerbaijani Chapter, concluded her time on the stand with a grilling from defence lawyers. Safaraliyeva, who claims to be a victim in the case, testified about the alleged damages she had suffered. Safaraliyeva failed to substantiate her claims, and some of her responses caused laughter in the courtroom.

·      The defence called to dismiss Rena Safaraliyeva’s lawyer, Shohrat Allahmanov, reminding the Court of his role in another high profile case, when investigative journalist Khadija Ismayilova was accused of “inciting a former colleague to a suicide”, charges widely deemed absurd. The court denied the motion to discharge Allahmanov.

.      The next witness for the prosecution, NGO leader Avaz Hasanov, clearly stated that Arif Yunus had not defrauded him in any way. On the contrary, Hasanov testified that Arif Yunus is a widely respected person.

·      Both Leyla and Arif Yunus refused to testify when called by the prosecutor.

On 27 July, the trial of Leyla and Arif Yunus was resumed in Baku Grave Crimes Court. Judge Afgan Hajiyev presided over the hearing.

Among those in attendance were representatives of the US, Norwegian, German, British and French Embassies, a representative of Georgian Human Rights House, lawyers, human rights defenders, various mass media outlets including Azerbaijan Press Agency (APA), Azadliq newspaper and Radio Liberty, Turan Information Agency, Telegraph, Virtual.org, Ann.az, etc., journalists, politicians, ordinary citizens. However, due to the size of the courtroom, only a limited number were able to enter the room, which gave rise to a conflict with court guards, who behaved citizens rudely and forced them out of the building.

Leyla and Arif Yunus sat inside a glass cage during the hearing.

Leyla Yunus asked to speak, and stated she had no faith in the independence of the judicial procedure, and that the indictment and charges were completely trumped-up. She stated that a fraud case should have a victim, but that there is no victim here; she has not obtained money from anyone.

Yunus suggested that the government of Azerbaijan has devised a new form of assault on civil society, with the same people brought as representatives or witnesses to testify in different cases, especially politically motivated ones. For instance, Shohrat Allahmanov, the lawyer for Rena Safaraliyeva, also represented the plaintiff in the case against investigative journalist Khadija Ismayilova.  Yunus deplored his involvement, calling him a “clown”. Reiterating the clear absence of a victim in her own case, she requested that Allahmanov be discharged.

The defense lawyers asked the court if there was a document authorizing Allahmanov as an official legal representative, and to announce the name of the alleged victim in the case.

This request gave rise to an argument in the court; when the defense lawyers asked who had signed the contract with the representatives, the judge said it was privileged information. Leyla Yunus protested, arguing that she has a right to this information. The judge said that the document was in the case file, and that it could be accessed by the defense counsels. As Leyla Yunus’s attorney, Elchin Gambarov approached the judge to see the document that under Azerbaijani law entitled Allahmanov to represent his client. Leyla Yunus asked about the date of the contract: it was July 15, i.e. the very day of the preparatory hearing of the trial. At this point, Yunus laughed, and told the court that the NGO alleged to have signed this contract,, Azerbaijani Women for Democracy and Peace in the Caucasus, had closed last year. This brings the validity of the contract into question.

Yunus’ repeated questions regarding the signatories on the contract remained unanswered. She said, “You have signed this contract yourselves. He himself (Allahmanov) keeps silent, because he is just a puppet,” leading to an argument between Allahmanov and Yunus. The judge cautioned Yunus, accusing her of insulting the representative. “You hold on,” Yunus told the judge, continuing to speak. The presiding judge demanded that she respect the court; in response she requested that he respect her, noting the restrictions on her freedom of speech.

The court denied the motion to discharge the representative.

Lawyer Afgan Mammadov presented a motion to release Arif Yunus from the glass cage and to amend the terms of his detention. The public prosecutor rejected this motion, deeming it to be unfounded. The court rejected the motions.

Leyla Yunus told the court that some of the witnesses listed in the indictment were entirely unknown to her. One had previously been involved as a witness in the trials of human rights defenders Hilal Mammadov and Novruzali Mammadov. Leyla Yunus requested that witnesses including Zemfira Ismayilova, Hajiyeva Zarifa and Tahmasib Novruzov be removed from the list of witnesses on the grounds that they were not genuine witnesses.  The public prosecutor said there was nothing wrong with summoning and questioning those witnesses and asked that the motion be rejected. The court rejected this motion after a short deliberation.

The public prosecutor then announced the indictment. The judge asked the defendants if the essence of the indictment was clear to them, and both of them answered no, giving rise to a lengthy argument. To Leyla Yunus, the judge  said, “You have a very high opinion of yourself.” Refusing to accept her arguments for lack of clarity, the Judge stated that the indictment had been presented to her in two languages and that the public prosecutor had explained its essence.

Following this, Leyla Yunus was invited to testify. She repeated that the indictment was trumped-up and neither she nor her husband is guilty. Arif Yunus had transferred money from one of his accounts to another, which does not constitute a crime. Nor was Arif Yunus authorized to withdraw money on behalf of the “Azerbaijani Women for Democracy and Peace in the Caucasus” NGO. Only she had the authority to withdraw money from the organizational account; the money in that account was  grant funding, not government money, and that she and her husband had been targeted for their human rights works. Leyla Yunus suggested that the reason the media and diplomatic representatives had been prevented from entering was that the court was afraid of her. When she went on to say – to the judge – “You are behaving like an executioner. It was executioners who tried Solzhenitsyn in the forties, and Solzhenitsyn-era despotism reigns now,” the judge interrupted her and demanded that she speak on merits. Leyla Yunus responded there were no merits in the indictment.

The public prosecutor then sought to question Leyla Yunus; however she refused to answer. Her lawyer stated that it was her right to remain silent.

Arif Yunus also refused to testify at this stage in proceedings.